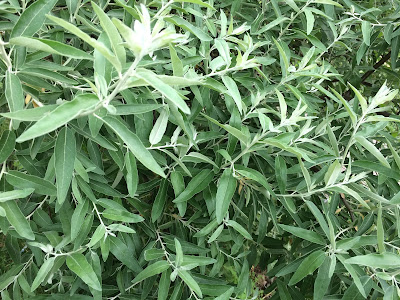 Standby while we pause for station identification.

I’ve had a teeny bit of breathing room just lately. Enough to fit in some networking and such that I not only should be doing but want to do. My catchup and to do list will never end but I’m making a dent.

Breathe in. Breathe out.

Oh how I wish I could breathe out more. Soon. Standby.

I am the one Jesus loves.

I am approaching a time of respite and reflection and setting aside time to seek God’s direction. But I’m not quite there yet. Standby.

I’ve had all kinds of people try to tell me my identity in my lifetime.

That was from a stranger in a passing car while I waited to cross the street.

I’ve been pigeonholed and had assumptions projected upon me. The times I’ve been asked to define myself or what I want have been rare.

A little feedback is usually a good thing. But sometimes it behooves one to consider the source. Opinions are a dime a freakin’ dozen these days.

OMGosh gorillas. Jack Hanna has spoken, people. Move along, nothing to see here.

I’ve been told I can’t do X. I’ve been told I must do Y. None of it is true. And discussions of such take precious time away from the actual must dos (yep, there are plenty) and seeking / carrying out God’s will. Satan is very clever in the way he packages distractions.

On the progress-in-networking front, I did a mini road trip the other day to hear some new music and meet a new connection. I grabbed a couple CDs to choose from for the ride over, including a gem titled “Jenn 1”. Little did I know there was a bonus in the case … “Jenn 2”!!! I burned them several, maybe even quite a few years ago, I think for road trips to Virginia? Seriously, I dare you to get a good radio signal on the West Virginia Turnpike. And technology beyond a CD player in a rental car … good luck. I’ve included a list of the musical selections below for your amusement or reading pleasure … you make the call. I’m guessing the available music was somewhat influenced by children in charge of the family iTunes account.

Also in the making progress department … I finished reading a book!!! Being in waiting rooms at various appointments – including a slightly overdue oil change – may have helped that effort, but I finished a book!!!

I generally know pretty well what belongs on my agenda and what does not. It’s still a constant battle to respectfully say no to distractions while saying yes to the good and worthy. Yes to the must dos. Yes to the things that feed my soul.

No to energy-sucking dementors.

Yes, initially anyway, to things that look like gift horses … or a rescue canoe pulling up while I’m hanging on the roof watching flood waters rise. So many turn out to be just a pile of steaming carrion when you get closer, but worth a quick look anyway.

Hopefully my agenda lines up with God’s agenda. I’ve got a snippet of my path forward, and the rest remains to be discerned. Keep moving. Let the process work. Keep moving and standby. The journey is the coolest part anyway.

I have flown standby many times.

When God says wait, you wait.

He also said fear not about a million times.

I'm the one Jesus loves.

For more writing on Standby from my friends, see Sue Bowles at bebold7.wordpress.com and Leisa Herren at life4inga.blogspot.com.