I saw Ragamuffin this week. The movie.


I don’t normally do reviews here, and I’m struggling to find words to adequately describe the film. Which seems completely appropriate – I never met Rich Mullins, but I have friends who knew him, and invariably the first words out of their mouths are,

“Well, he was different.”

He would appreciate that.

For those not familiar with Rich, he wrote a lot of the Christian music heard in the 80s and 90s. Christian music in that era was Amy Grant, Michael W. Smith, and Rich Mullins. If you’ve ever set foot in a church, you likely have sung “Awesome God” and others of his.

His songs may seem a bit like golden oldies to some at this point, but he was a rebel in his time. The establishment did not like his rock and roll ways … his lack of appreciation for rules … for shoes.

He may have been the original Jesus freak – a term I first learned while on vacation with my family as a child, when we encountered a hippie dude who totally looked like Jesus. I think we were on the boardwalk in Quebec City. The guy had long dark hair, a beard, some type of robe thing as best I can recall, and sandals. I don’t remember a thing he said, and he didn’t seem threatening to me, but I remember clearly my parents describing the man as a “Jesus freak” once we were out of earshot.

I usually play the piano in flip flops during warmer months. My own blinged out girl version of Jesus sandals. So go ahead, call me a Jesus freak. You may even find me barefoot during rehearsal.

Seriously, everyone tells me Rich was not a fan of shoes, and the movie makes that obvious. Maybe it’s a musician thing.

What makes Rich’s music special is the honesty – sometimes brutal – and complexity of the lyrics, set to melodies that stick in your head. I have always been a fan of smart lyrics.

“So on the road to salvation, I stick out my thumb and he gives me a ride.”

One of my favorites. It says so much in a prophetic few words.

Rich’s legacy is more than just music, though. He challenged people and challenged the establishment without really making people mad. He emphasized faith over religion, but he wasn’t anti-church by any means. He would rather you focus on God than him. He would rather you read scripture for yourself instead of taking his word for it.

Trying to be more like Christ, figuring out what exactly that looks like, and above all recognizing God’s love for us … those were the themes of his life.

Go see this movie if you …


Go see Ragamuffin. Take tissues. And prepare to have your thoughts provoked.
Posted by Jenn at 12:37 PM No comments:

Sigh. It’s starting out to be a weird January.

Several days ago the temperature was well below zero. Today it’s 54 deg F. The wind is whipping the door to the coffee shop open just enough to turn the automatic heater / blower thingy on and off to an annoying degree. Problem easily solved, though – ear buds are in with the musical stylings of Switchfoot keeping me company.

Continuing in the category of personal problems, my hands are poofy and dried out. Poofy is just something I deal with, an ongoing medical issue. I think the poofy is in my brain today, too. The dried out is just the reality of winter in Ohio. I’m bandaged up with Neosporin to try to keep the fingers as healthy as possible for Sunday. 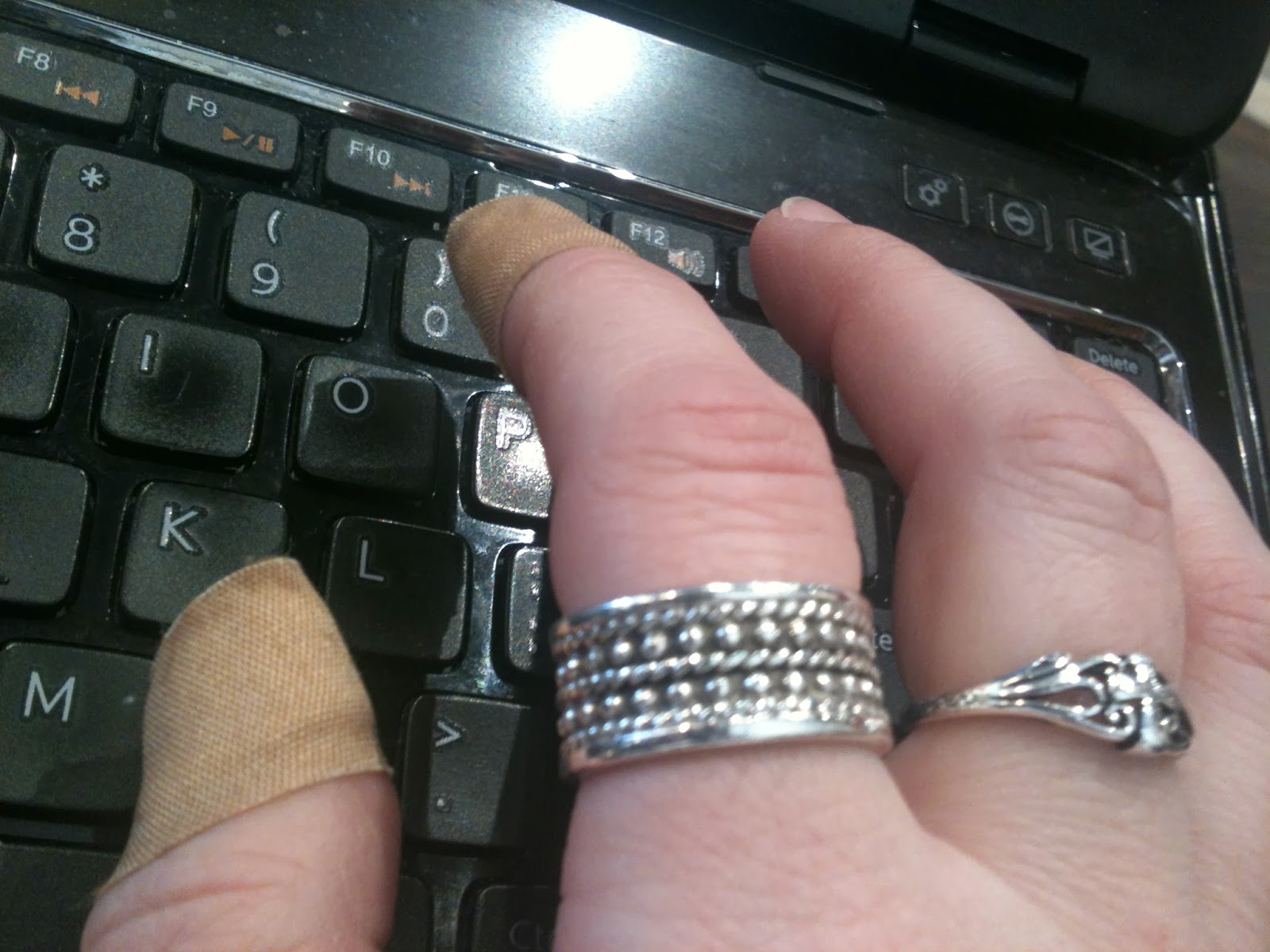 I predict it’ll be a double-Neuro kind of morning.

Whose holiday season was less stellar than hoped for? I think Christmas and New Year’s rarely fulfill all our hopes and dreams. It seems excessive this year in my world.

Our usual New Year’s activities, if there is such a thing, turned into I stayed in and went to bed before midnight. Partly due to the events of the week, partly due to we just didn’t care. A trip planned for the first few days of the year was canceled by the event organizer. I was looking forward to combining that adventure with a little personal retreat time. Instead I spent a couple extra days hunkered down indoors praying for the electric to stay on (it did) and wrapped up in my new furry polka dot robe. You know, regardless of whether I decided to change out of my pjs before noon on any particular day.

Ah the joys and the luxury of working from home.

And I’m still thinking about that retreat time and figuring out how to make it happen.

In the last couple of weeks we have lost a crazy number of people from our church, some of whom I was fairly close with. There is one big party going in heaven right now. But those still here are pretty much reeling.

During first service Sunday mornings I’m in the habit of hanging in the lobby, in between worship time and the invitation song. There is a Sunday school class I used to sit in on, but I found myself checking the clock and keeping an ear to the ground for the end of the sermon, listening for my cue more than really participating in the class.

So instead I usually catch up on social media on my phone, read my YouVersion, or chat with whoever is around. The lobby – or is it vestibule? We don’t really have anything we call a vestibule, but I like saying “vestibule”. It’s a great word. Anyway, the lobby is peacefully quiet and serene during first service. And I have often run into one of my friends there, as he takes care of some church duties. We talk about whatever – life, nutrition, family, current events. He is one of those who got to move on to the big party this week. I’ll probably catch myself still expecting to see him in the lobby, with a smile on his face and just matter-of-factly taking care of what needs to be done.

That seems like a great goal for the rest of us … keep a smile on your face and take care of what needs to be done.
Posted by Jenn at 8:07 PM No comments: