My journey over the last year has been about getting myself healthy.  Physically mostly, but mentally too I suppose.

I was still detoxing from Corporate America about a year ago when I stumbled across a “network marketing opportunity” (sounds goofy, doesn’t it) in the health & wellness field.  I say stumbled across, but it was really more like God laid it in my lap.  Network marketing … you know, as in multi-level marketing, the party plan … come to a party, join my team, etc.  This one was a little different, though.  Actually a lot different.

A friend had been telling me about it.  I didn’t listen until my sister attended an event and got me to a party a couple days later.  Wait, I can basically get paid to lose weight?  That’s cool.

I’ve made lots of new friends through this business.  Positive, supportive people who go out of their way to help and encourage others.  We party together.  We travel together.  We attend events together.  We spend way too much time on Facebook together.

Last November I was at a local training event with my fellow promoters.  We were mingling, networking, and meeting new people before the training got started.  I bumped into one of my new friends – we had met a couple months before … at a big group party where we both were speaking.  I asked about the race he had won the weekend before while-suffering-from-bronchitis (!!!) …as an asthma girl, this is particularly impressive to me.  “What was it, just a 5K?”

To make a long story short, he talked me into starting a couch to 5K program.

A little background here.  My running experience consists solely of seventh grade track.  I was slow.  I wasn’t very good.  A couple of dear friends, including a future Olympian even, attempted to teach me hurdles.  That was hilarious!  I ended up throwing shot-put.  And running for conditioning?  Yeah, so much fluid built up on my knees that the doctor gave me two choices – take twelve aspirin a day or quit track.  So I took twelve aspirin a day for the season, and then I quit track.

So the idea of me running three-point-whatever miles is kind of a foreign concept.

And my weight?  It has been all over the map during my adulthood.  For those who think I look great now … here are some pictures to show you where I’ve been.  My highest ever … 1996.  The cute baby (my niece) makes the picture only slightly less horrifying. 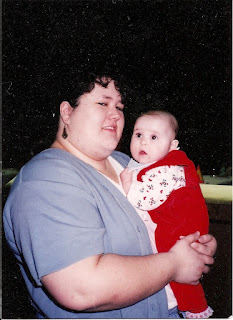 I lost 67 pounds.  Gained most of it back.  Here in 2001, apparently I still didn’t “get it”.  Again the cute kid makes the pic slightly less horrifying.  In my defense, I had sinus surgery a few weeks after this was taken, so I probably wasn’t feeling well. 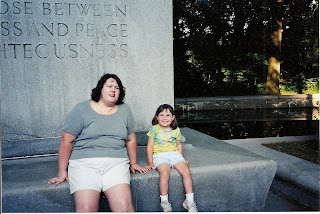 Fast forward to 2011.  I had lost a few pounds doing my own low carb thing, but was struggling to get back into it post-holiday season.

And to today.  I finally found something that works.  Praise God. 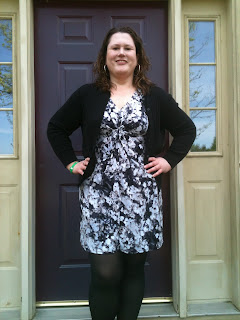 So I attack my health and fitness goals 90-days at a time.  My last 90-day challenge was to maintain and survive a transition through some health issues and into a new day job.  Which I did, thank you very much.  And the medical professionals have suggested that maybe possibly perhaps I shouldn’t do “vigorous cardio”, but I’ve learned that they really don’t actually know for sure.  I’ve had pretty much every vein in my body ultrasounded or MRI’d recently, and I’m happy to report that my veins are fabulous!  So blah-de-blah-blah-blah, I’m going to run.

Me, running.  Who would have thought?