The Plague of the Flies

I’m on vacation. All by myself. On purpose. Trying to find some peace and Zen and relaxation. And the ocean. 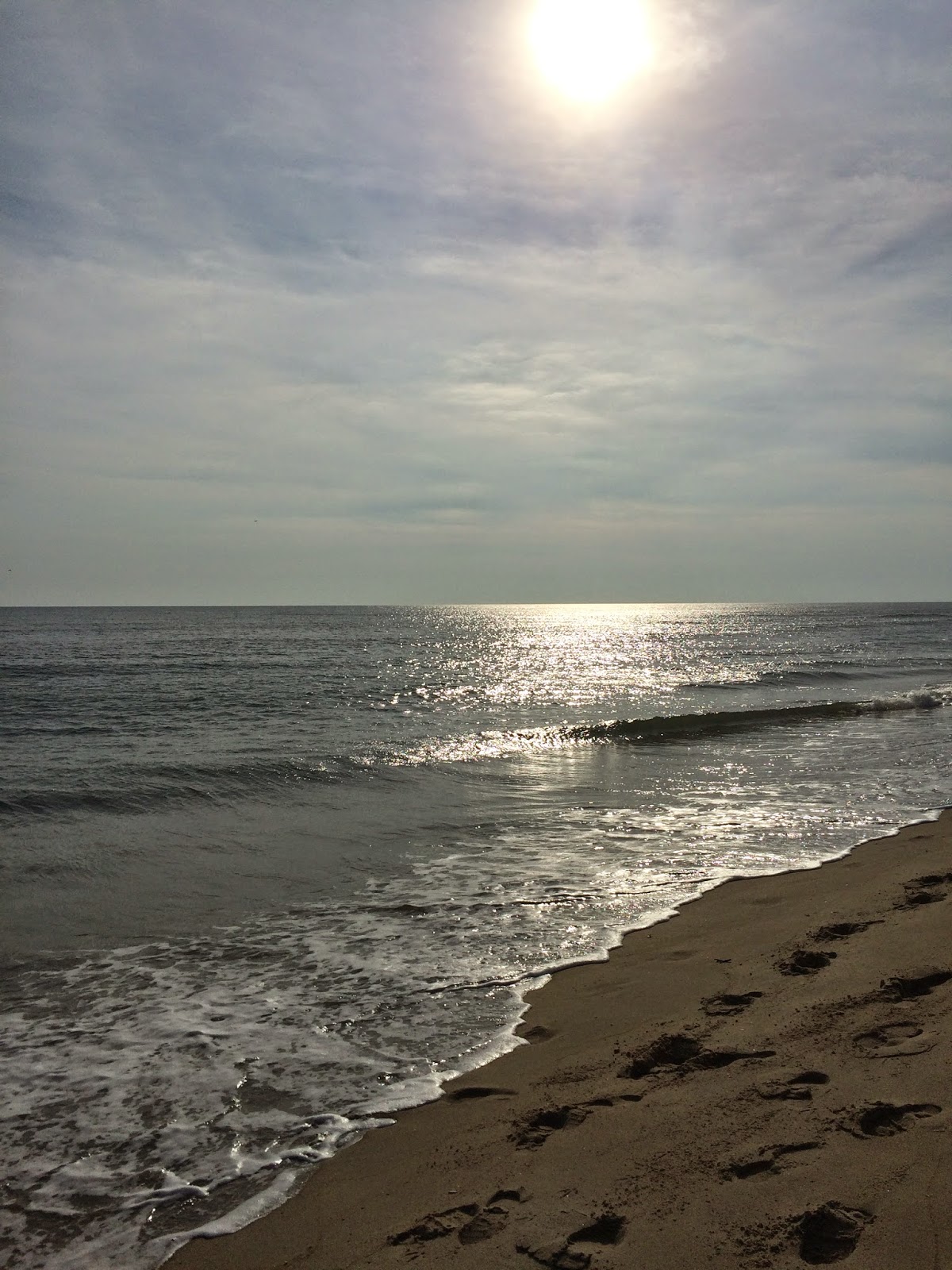 It’s off-season, so I was able to snag a full ocean view beachfront room, and the area is virtually deserted. It’s awesome. I’ve spent the last two days mostly becoming one with the sand. The temperature has been hovering around eighty degrees, but it’s supposed to drop tomorrow so I’ve been maximizing my outside time thus far. Like usual, I brought protein shake supplies and snacks on the road. I really only need to venture out for a meal once a day. Mexican food for a late lunch is working for me.

I spent the weekend at a retreat in the mountains of Pennsylvania with about fifty new friends. For those asking how it was … well, indescribable is the best I’ve been able to do. It took place at a church camp where I had the right carrier to get decent cell coverage, but I left the phone in airplane mode most of the time anyway. The fall leaves were changing colors, the weather was mild, and it was all around lovely.

The weekend was centered around themes from the movie Ragamuffin. Google it. Watch it. Note that I said the focus was on the themes from the movie (the reckless raging fury that they call the love of God … sing it with me …), not the movie, not Rich Mullins. It was church camp for grown-ups. And other than my sinuses usually not liking either nature or a lack of sleep, I think I need to go more often.

I never lack for words (never!), and I’m still really at “indescribable”. So I’m thankful for the divine inspiration that nudged me to schedule a few days of downtime following. Most of my travel lately has been with groups of people, and I’m often functioning as Julie, your cruise director, since I’m the longtime road warrior. I don’t mind, but it doesn’t let me check out and relax much.

So Tuesday morning I plopped down my pink-and-orange-sherbet beach towel, planted my water bottle in the sand, and just lay on the beach. Time to relax and just be. Finally. I recited the Lord’s Prayer in my head as I breathed in the salt air and listened to the wind and the waves. Our father. I don’t know why this passage in particular. It’s nice. I like it. A lot. I don’t know that it’s ever been on my top ten list of favorites or a signature verse for my life or anything, though.  Our father. Who art in heaven. Hallowed be thy name. Breathe in. Breathe out.

I pried myself off the beach eventually and stopped by the concierge desk to ask for a recommendation on Mexican food. I ended up in an extended conversation with the concierge. She’s probably bored this time of year. Yes, she did ask, “What did you do to your arm?” I was smiling on the outside, rolling my eyes on the inside. Baja Cantina was her suggestion. Great. I pulled into a metered space on the street just a few steps from the restaurant. I waited an eternity for the woman in front of me to pay for her space at the common high-tech meter thingy. I of course struck up a conversation with her, her daughter, and granddaughter. Never at a loss for words.

Then it was my turn. Now I understood why it took so long. Not especially user friendly, with a screen that’s hard to read in the sun.

I was told Baja Cantina is kind of a dive, but oooooohhhhhh. There was a sign on the door saying seat yourself, something, something. A couple people sitting at tables outside. Inside it was dark. This was the middle(ish) of the day. It was bright and sunny outside. There were a few seats at the bar and a couple of booths open. And people were smoking. And I was being eyed like a piece of fresh meat, especially by the guy who had been sitting outside but had soon followed me in. Here I am in my preppy clothes and Vera Bradley backpack, looking like a pale Yankee completely out of place. I thought about staying ever so briefly. I know how to handle myself. I have the gift of vicious rhetoric, and people usually don’t mess with me. But I turned around and walked out the door and to my car. Four bucks and much effort worth of parking down the drain, but whatever.

I drove around a little, starving, and then I saw it. A sign that read, “We have scary good booritos.” Beautiful. Sold. Free parking even. Three chicken tacos and lots of classic rock fabulousness later in a well-lit setting that was much more my crowd, I was a happy camper.

I returned to the beach not long afterward, and then it started. The plague of the flies.

It’s late October. The bugs should be gone, right?

But the flies returned the next afternoon. I got nailed at least a dozen times. I bought some afterbite. It’ll be fine.

I returned to my room for the evening, with no particular plans other than to relax, apply afterbite, and stop itching. I mastered the latter two. This hotel is pet friendly, and it seems someone with a dog has taken up residence in the next room. How do I know this? The dog didn’t stop barking and yipping and whining and howling for two solid hours. Two hours. Seriously, Cerberus is living in the hotel room next to me.  I put on some music and went to my happy place. Praise God it has stopped now.(And hopefully stays that way.) I wasn’t looking forward to having to complain to the front desk.

I think the enemy works around the clock to divert our attention with busyness and random distractions as much as he uses outright temptation.

And sometimes he uses flies and dogs.

Oh here it is, right under my nose.

Odds are you have said this. Perhaps many times. Maybe even daily.

We’re all guilty of being blind on occasion. Just human nature, but how often are we too wrapped up in ourselves, busyness, stupid distractions, or worrying to stop and breathe and observe the world around us?

Case in point – a few weeks ago, the stage setup had been changed for a new sermon series at church. These lovely, bright, and quite large alphabet blocks had appeared: 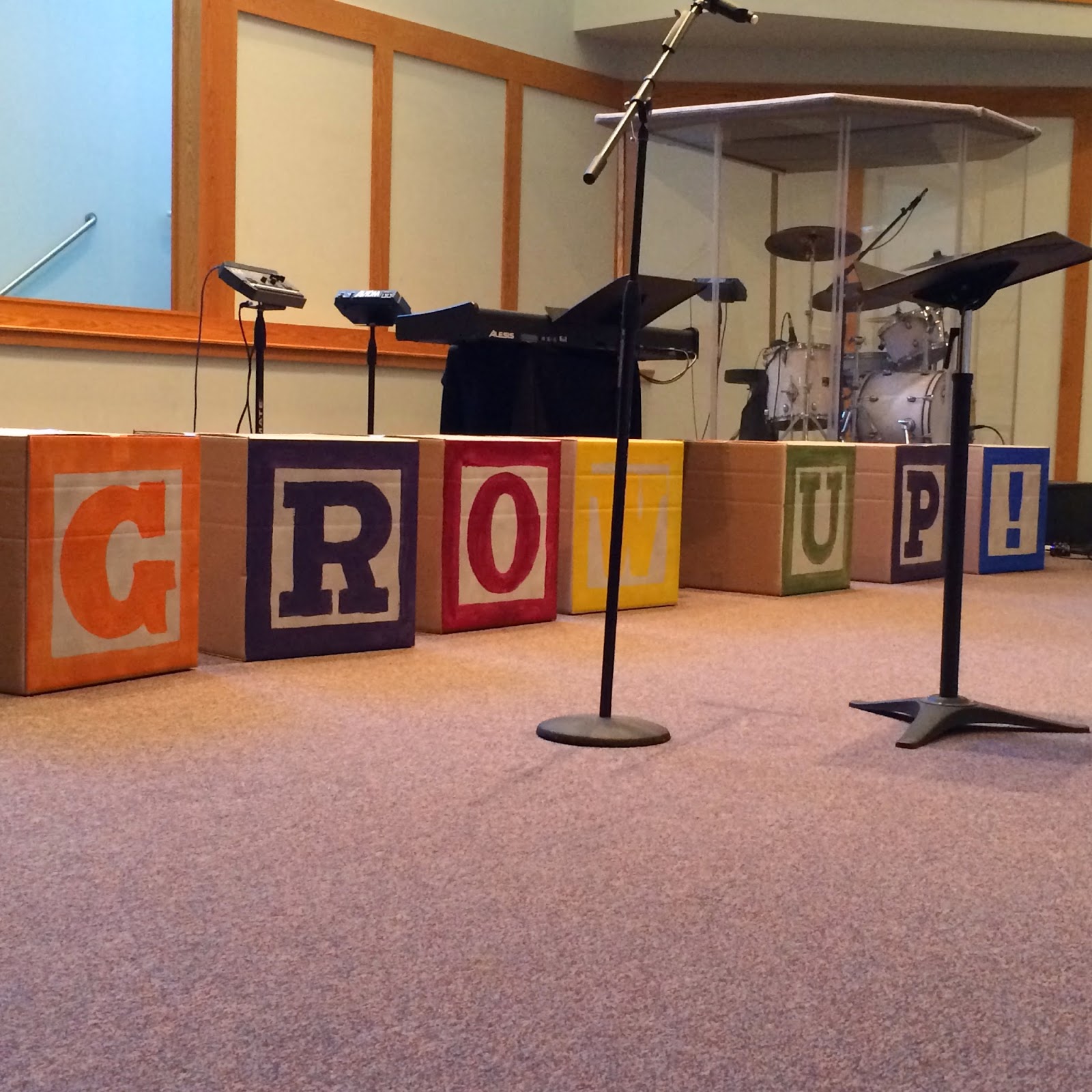 No lie. I walked in for soundcheck, completed soundcheck, and walked backstage without noticing a thing. I caught a glimpse of the lovely new display on the monitor in the green room. “Wow, I need some more caffeine or something,” I thought.

In my defense, here is my view: 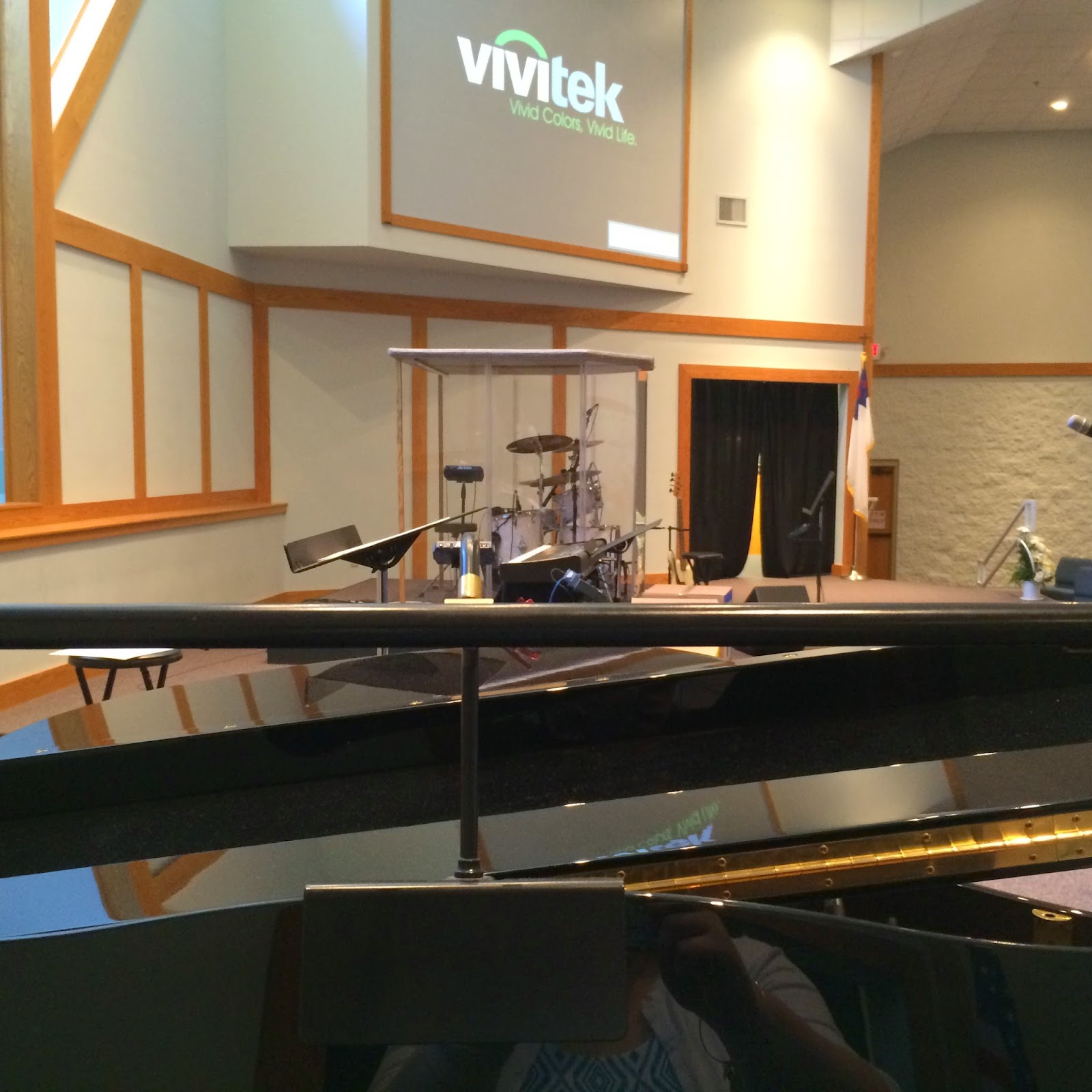 So perspective depends on our location, both physical and mental I suppose.

When not having an off day, I tend to notice a lot of things. I’m always observing, analyzing, learning, taking a moment to contemplate God’s creation, or seeing things from an artistic viewpoint and appreciating their beauty and form. Many people see me as a supernerd, and I own that title, but I was always a creative type first. I would say “artist”, but then someone will want to know where my paintings are. Words and music are my usual mediums, but I dabble in a lot of areas.

Besides just the visual, I’m always noticing patterns, trends and such … and I usually have an opinion about them. I don’t always express that opinion. It’s not always constructive. And in the current environment, I’m likely to be judged as judgmental. Y’all have noticed this, right??? I mean, it’s bad lately. Bad. I risk being called a hater or a bigot for calling anything wrong that has been generally considered wrong since the dawn of time. Or even for offering an alternate viewpoint or dissenting opinion on something that is a matter of opinion.

Supernerd aside moment: I once developed a training class for process engineers (i.e. chemical engineers) on how to draw logic diagrams. We used them to help program the computers that keep chemical manufacturing plants from blowing up, but logic is logic. I know of whence I speak. J

I don’t even have any specific “you are wrong and you’re a hater” issue in mind as I write this. The phenomenon has become so pervasive that I really just want to go bury my head in the sand. Now if that’s sand on a beach in the Caribbean, we may be talking …

I stand for traditional Christian values. I try not to be too legalistic or self-righteous, and I try not to take myself too seriously. To each his own. I’ve been challenged from time to time, and I welcome that. I love hearing from friends of another faith (or even friends from a different branch of Christianity) about their views on the world. I always learn something from those discussions. You know, respectful, calm discussions involving listening and asking real (not loaded) questions.

And definitely not labeling me a hater. God loves everyone right where they are. The least I can do is attempt the same.

In the end it really doesn’t matter what I think. It matters what God thinks.

He gave us a book to help with that.

#sorrynotsorry
Posted by Jenn at 5:41 PM No comments: