When someone tried to use subtle humor a couple days ago I believe my exact words were, “I am mentally incapacitated this week. Are you trying to tell a joke? It will need to be explained to me.”

Moving day looms. Moving days. Plural. A twenty-four hour period during which the remaining contents of my house will follow an emerging logistical path to multiple locations.

I had awesome help the other night. The posse assembled and packed up my kitchen and then some. Those of you familiar with my culinary skills are aware how much of a hurdle that is to clear. Why does one need so many crème brulee ramekins? For football parties. Duh.

I am in the home stretch. I attacked the blazing hot walkout attic the last couple of days. When I say walkout attic I mean you walk hunched over through the mini-door we say leads to Narnia. And you stay hunched over in order to avoid whacking your head on the roof trusses. Unless you’re short. Which I am not.

I’m trying to avoid a full on concussion throughout this process. But yeah, there are a couple tender spots on top of my head.

Running stairs while carrying stuff is a good workout at least. Today I’ve taken a short mental health and writing break. I think it’s the first time since Sunday morning I have not reeked and/or been sweating through my clothes.

Sunday morning. I was not playing so I walked into church a couple minutes late and snagged a seat near the front. Okay maybe I was talking in the lobby, thereby delaying me finding a seat.

I might have belted some Natalie Grant a little louder than usual.

I was feeling just a touch scratchy, which makes me at least a touch pitchy. And I don’t care.

“You are the salt of the earth. But if the salt loses its saltiness, how can it be made salty again? It is no longer good for anything, except to be thrown out and trampled underfoot.

“You are the light of the world. A town built on a hill cannot be hidden. Neither do people light a lamp and put it under a bowl. Instead they put it on its stand, and it gives light to everyone in the house. In the same way, let your light shine before others, that they may see your good deeds and glorify your Father in heaven.

The sermon was about Miriam being struck with leprosy for complaining.

It was in fact more positive and encouraging than that sounds.

In my mental incapacitation and blinders-on focus, one of my cohorts called the weekly blog theme. We did “Light at the End of the Tunnel” in the not too distant past. This time it’s just “Light”.

I do own a little music box in the shape of a piano, and it plays “You Light Up My Life”. (Hence you can discern the vintage.) I’d include a picture, but it’s packed in a box somewhere.

When last we spoke, I was at the shooting range. Bahahaha. Truly. Because of course that’s where you go as derecho-mageddon is approaching.

I was wrapping up a class … and I’m a better shot than I thought I’d be. Combine following directions with perfectionism and hey .. 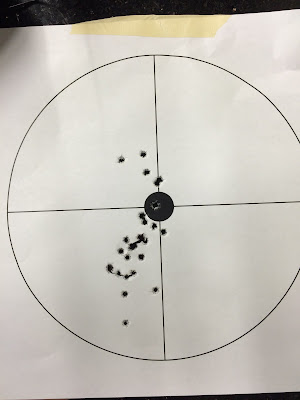 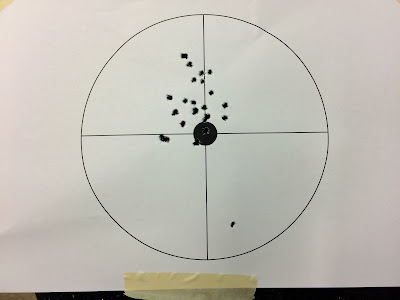 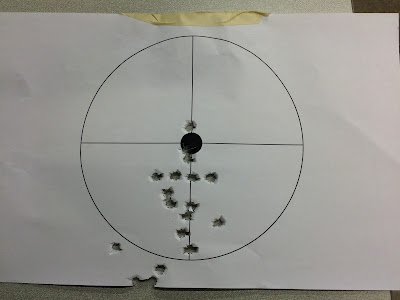 I arrived home safely before any storms hit. I settled in with the laptop and the local news stream, followed by the live Facebook stream from the weather dudes. A good night’s sleep was not going to be had. About 1:30am I gathered my toys and headed for the basement, upon hearing about rotation in one place a few miles west and 100+ mph winds in another place a few miles west.

The light show was spectacular as was the deluge, but thankfully there was no storm damage. I got to bed at 4am.

And here I am continuing to pack and sort and downsize and give away and drop off at Goodwill and call and organize and update and deal.

Following errands earlier today I was in dire need of food, and since most of my kitchen items are packed I opted for a garden omelet at the premier cosmopolitan fine dining establishment in Heath, Ohio. That’s right, the International House of Pancakes.

Pancakes are in the fridge waiting for me to feel the need, the need for carbs.

Whilst exiting the IHOP I almost got to walk toward the light for real.

I had received some not so full of light news while enjoying my omelet, but I looked both ways before crossing the aisle to my car. I did. Safety first.

This dude whipped around the corner so fast … he came a little too close for comfort to squishing me. 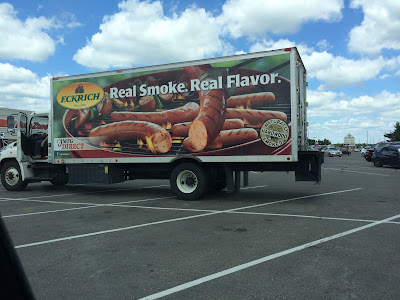 I was almost taken out by a smoked sausage truck!!!

I’m nearly vegetarian. I eat some poultry, but otherwise … nope. I haven’t eaten red meat (or the other white meat, please) since I was eighteen years old. What irony there would be in me being run over by a smoked sausage truck! Bahaha.

I’m going to take a deep breath and keep packing and sorting and looking up.

For more Light thoughts from my friends, see Sue Bowles at bebold7.wordpress.com and Leisa Herren at life4inga.blogspot.com.

And if I sing out in the dark of night
Or praise You in the light of dawn
Hear my song and lift me on Your wings
And if I worship You in solitude
Or join a choir 10,000 strong
Hear my song 'til all creation sings

You have searched me
You have known my heart
You've heard my every anxious thought
Hear my song, it's all I have to bring
And though the battles come
This much is known...
The victory's won by You alone
Hear my song, my Savior and my King

Every faithless mission
Every false ambition
Here, I lay them at Your feet
As in heaven, as on earth
I will ever sing Your worth
You alone make me complete