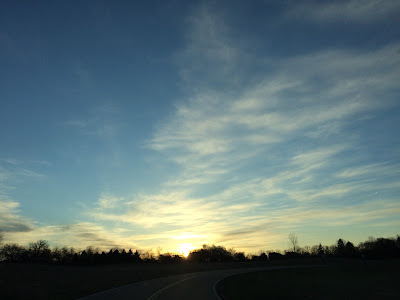 Whilst scrolling through the friend book the other day, whilst finding nothing original or remotely interesting, all I could think of was …

Why do you look for the living among the dead?

My newsfeed was dead.

Speaking of original content. You may recall from a number of weeks ago I was contemplating alternate uses for a giant economy package of Angel Soft. 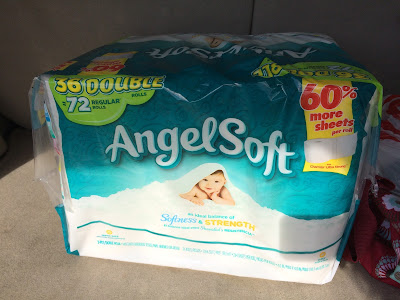 Performance art involving flaming tp? Never did get on that, but it was still under consideration. Being a creative type who likes to craft and play with paint on occasion, I wondered about tp as an art medium. I was envisioning a paper mache type of thing. Maybe just adding texture to a painting or a wooden box or something. I googled to see if there were any techniques people had already played with out there. All I got were 7,342 ways to use toilet paper cardboard rolls to make art.

Perhaps I had an original idea.

I bought a bottle of Modge Podge and a couple canvases.

And the very next day I wound up at the original intended location of the tp. So I left it there. Without flames. Without Modge Podge.

But now I have Modge Podge and a couple canvases. Partay.

As I continue spinning my wheels through life – someone said the other day I’m always so busy … yeah, maybe, but I rarely feel like I’m accomplishing anything. But maybe that doesn’t matter.

A couple months ago I was flying low down the back roads in a lame attempt to make it to church on time. Technically, on time equals in time to catch communion before the sermon. It does. I went to fast forward the music to the next song … I was playing a CD … and I don’t know of any single button I could have hit to make this happen … but my sound system became possessed by the Holy Spirit and started playing a song via Bluetooth from my phone. From Canticle of the Plains to Hal Ketchum’s Past the Point of Rescue. Everyone sing the guitar riff with me … do-do-do, do-do-do, do-do-do, do-do-do …

A message from above perhaps. Who is past the point of rescue? Me? You? All of us?

And who’s waiting on word from who? How many times in life are we waiting on word about something? And wondering why, why, whyyyyyyy haven’t I heard? Whyyyy? I hate this. Whyyyyyyy? Should I throw up my hands and move on? Whyyyyyy? When????? Should I focus on something else? What? Ugh.

A couple days ago I was attempting to focus on some reading. A chapter on the subject of focus, no lie. I had been served a meat-laden dish when I ordered vegetarian, and my server was being scarce, so why not stick my nose in this book until she surfaces. Two older ladies at the next booth were chattering away. Sometimes the people with the most piercing voices are the least self-aware of it.

So while Jenn was trying to focus on focus, the one woman in particular was deeply concerned about a dog in a car outside. Apparently a lady across the restaurant had left her pet in the car while she dined, but possibly with the engine (and therefore air conditioning) running. Difficult to tell from inside the restaurant. The concerned woman wanted the staff to intervene. Her server explained she couldn’t do that. Based on past experience, it wasn’t really her place. While this lengthy conversation continued about the welfare of a dog that was just fine as long as the situation didn’t go on forever, concerned woman number two took a cell phone call from who must have been her adult daughter. I learned all about her grandson’s soccer game and just about every other topic under the sun. For a while, both the soccer and dog conversations were going on at the same time. It felt really good when it all stopped. 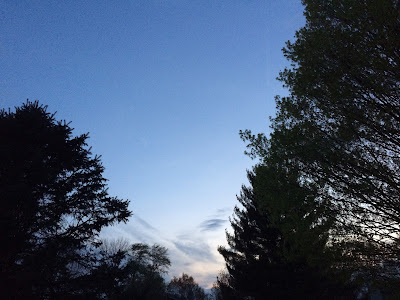