Yeah, yeah, I haven’t posted in a while. I wasn't really planning to wait that long. A friend mentioned she missed my writing … apparently y’all need to hear my voice.

All five of you. You rock.

What I mean by waiting is I’ve been doing plenty, but I feel like I’m spinning my wheels. My plan for the day frequently changes. It makes life interesting, but I still harbor guilt for what gets left undone. There’s so much on the list. And it’s been on the list for a while. In some areas I swear I’m talking to a brick wall sometimes. Or to, you know … see the above pic.

Go ahead. Say it. You know you wanna. 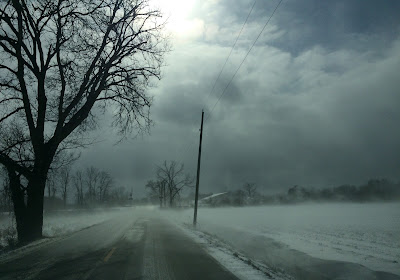 Lest you think I’ve been neglecting the self-care that I preach so often, I’m on it. I joined a gym. After a few months in my downsized environment it was clear a new exercise routine wasn’t happening. So I promptly broke a toe – walking past a piece of exercise equipment actually. And then a couple months later I joined a gym.

“Do you need to check with your doctor before starting?”

“No, they’ll all be ecstatic.”

I’ve been working my way through Mere Christianity. It shouldn’t be this hard, but it keeps moving down the list in favor of must-do reading. Still, I try to get through a couple chapters each week at least.

And while we’re on the subject of food, I make the best crème brulee on the planet because it’s dark chocolate, but this is really close …

I feel a pedicure coming on in the next couple of weeks. I’ve been letting my nails go bare in winter, which, gasp, when it’s been warm enough to wear flip flops occasionally has become a dilemma not unlike leaving the house without makeup. Well, not that much of a dilemma. I do it anyway. And I show up at the gym without makeup. I’m not there for the dating possibilities.

But anyway. My birthday is in a couple weeks, so self-care and sparkling are high on my list. As are concerts. I’ve committed to one of these Mitch concerts so far, two others are definite possibilities, and if anyone wants to road trip to Indy for March 2 … seriously, get with me.

March 3 I’ll miss, as I have a hot date with my future husband, Michael Tait.

Or more like I’m volunteering with ChildFund that night because I know their speaker who’s on the tour. And because, you know, child sponsorship.

I’ve been making an effort to post more often on social media, because, um, some of you, especially Mark Zuckerburg (I don’t care who liked what! I don’t!), are boring me. Sorry not sorry to be the bearer of bad news. I long for original content. I looooong for it. Like I’m longing for a yogurt cup with berries and granola right now. And others of you – I’m concerned about your blood pressure and mental health. Take a deep breath and contemplate the universe.