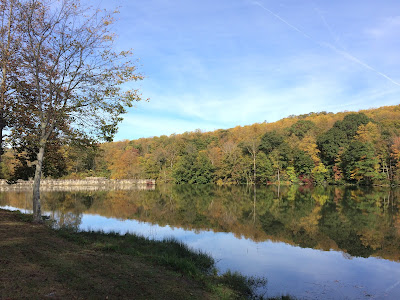 After an October hiatus … I’m baaaaack.

And God is still in control.

As a type A girl-who-gets-things-done … I got some things done last month.

I coordinated a Mitch McVicker concert at my church and then … just a few hours later … on about four hours of sleep … the adventures began. A 4am wake up and then … a 6am “why did I think you said 10?”

There are a lot of perfectly valid answers to that question … starting with that’s when we’re trying to get there, ish. We’ll get there when we get there. Let’s finish packing. Pit stop 1, 2, 3 … okay just sleep.

And it was all fine.

And it was good.

And I still kind of can’t believe we made it there and through and back.

Ragamuffin Camp 2016. The first time we’ve done a week instead of just a weekend. I highly recommend the week option. About the time we would have otherwise been packing up to leave … we were really just settling in. Ahh, peace.

God is in control.

I can’t believe we did all that.

Well we showed up. God did the rest.

We kept all our little chickadees alive (hey, it’s an accomplishment) and, hopefully, inspired. I will never get tired of seeing those moments of inspiration, realization, and … freedom.

That thing holding you back? What is that? Is it really a thing?

That moment at camp may be just the start of the freeing … a process to be repeated and reinforced and refined … but the smiles and the peaceful faces – pure gold.

God is in control. There is freedom in that.

The connections made, the friendships started. Sitting in one of the sessions, it occurred to me I should make sure two particular people had some time together. Before I could even arrange it … I walked by to see it already happening.

God is in control.

In the weeks since, campers are starting to do some creative work together, with plans for lots more.

Some call it a ragamuffin thing. I sometimes grimace a little at that lingo, but I don’t know what else to call it. That recognition in a fellow soul of … maybe one part kindred soul … and three or four parts I see you, the real you, and your truth, and the fact that you get the truth … and we’re going to be in each other’s lives for a long time.

So everybody get used to each other. And beyond that, we’ll just say what happens at camp stays at camp.

After not nearly enough days of rest at home, I did it all over again. This time a weekend retreat as a participant … followed by making my way to the beach. By myself. I highly recommend solo vacations. A couple people I encountered considered it a completely foreign concept. I guess if your daily life is particularly quiet and peaceful, then maybe it’s not a big deal, but breaking away from noise and routines and expectations is generally a healthy thing.

Breaking away from noise and routines and expectations.

Like when you hadn't planned to road trip a couple hours to another Mitch concert after being home only a couple days, but the incoming texts make it seem like a good idea. (It was.)

Breaking away from noise and routines and expectations.

I used to have a drama-free life. And then God said, “Here’s some drama. Enjoy.”

It keeps my life interesting, that’s for sure.

And he reminds me daily that he’s still in control.

Just when I think I’ve at least started to figure it out … nope. He is in control.

Don’t get sucked in.

We were talking about a specific small thing that is certainly wise to avoid, but that phrase really stuck with me. Were they warning against the larger situation that is my life? They very well may have been. Non-believers and semi-believers often don’t know what to make of me. Some believers think I’m off my rocker.

I’m pretty sure people’s opinions are waaaay down my list of priorities. You can’t discount them entirely -- community matters. Living off the land as a hermit isn’t really an option for me. My kneejerk response to the not getting sucked in thing was “too late”. What continues to run through my head, though, is …

What if God wants me to be sucked in???

What is the proper level of suck-ed-in-ed-ness?

For those nights when I couldn't be there,
I've made it harder to know that you know
That somehow
We'll keep movin' on