The sky was incredible the other day. Mother’s Day to be exact.

It was a slightly discombobulated, play it by ear day for us this year. Finished off with a dinnertime trip to Texas Roadhouse followed by an oops the people are flowing out the door waiting for a table right turn into City BBQ across the street. It was a tasty and much more efficient right turn.

The sky was so magnificent that – had I been driving or by myself – I likely would have pulled over somewhere to snap photos. What you see was taken from one of the middle seats of a minivan. 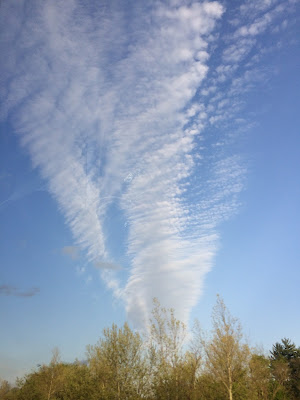 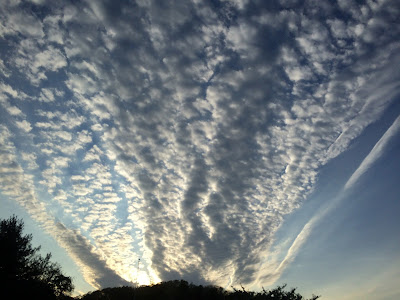 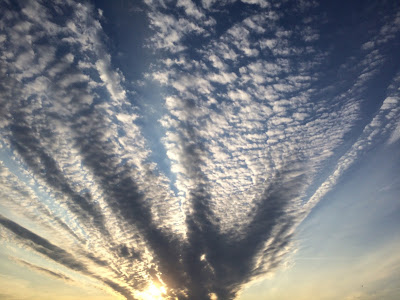 No one else said a thing.

Am I the only one who noticed or is everyone just tired and full. Hmmm.

When I arrived at home I spent some time marveling at the pictures in the sky and snapping a few pics. 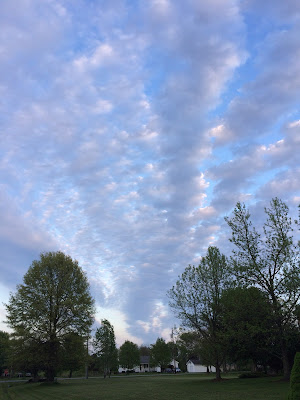 That cloud formation. Wow. I don’t really have words beyond wow.

And sometimes you have to change your perspective a bit to appreciate God’s beauty.

I’ve been listening to Final Flight Radio’s weekly show lately. Classic Christian rock with some newer selections mixed in, along with the occasional or maybe more than occasional something different. I had heard of Keith Green, but I was probably still listening to the K95 Country my mom kept on in the car, or we may have transitioned on to disco at the time this song was released. It was 1980, but this song definitely has a seventies vibe about it. In any case, it caught my attention, much like spectacular looking skies.
A phrase has been running through my head lately.

Lead me to the rock that is higher than I.

From the ends of the earth I call to you,
I call as my heart grows faint;
lead me to the rock that is higher than I.
~ Psalms 61:2 (NIV)

Or as the groovy version says,

Your friendly neighborhood Grammar Nazi googled “higher than I” versus “higher than me”. Turns out there is a long standing debate on whether “than” is a preposition or a conjunction. The answer is yes, and both versions are correct.

I also googled “lead me to the rock that is higher than I”. Did you know that every recording artist of the modern era has a song called “Lead Me To the Rock”? Every one. It’s true. And then there’s an old school hymn from the nineteenth century.

And since psalms are songs there is the original version, of course.

Where was I anyway.

Intentionally askew. A friend claims this is their motto. They’re probably not kidding. I suggested we form a club because I could get behind such a theme.

I get uncomfortable if routine has become too routine.

I get frustrated if I’m not learning new things.

I get agitated if I haven’t traveled anywhere in a while.

I’m a traditional girl and yet at the same time I so very much am not.

Embrace the change. There will always be change.

This week I am in the change zone. For instance …

I got to provide input to a design. A design for something I don’t normally get to review and comment on. Stay tuned to the interwebs … oh maybe sometime Friday.
I’m sitting here eating quinoa .I don’t know how much of a change that is, but I usually don’t think to fix it. This afternoon it’s just quinoa. With a little butter, salt, and pepper. Typically I’m writing over coffee or chai tea, sometimes with a yogurt cup or spinach & feta croissant.

If you’re going to embrace the carbs, might as well be quinoa. Oh I know people tout the protein and the fiber and the vitamins and all that. Indeed. But it’s carbs. Far healthier than a cup of pure sugar. Like a million times healthier. But it’s carbs.

For more Intentionally Askew writing from my friends, see Sue Bowles at bebold7.wordpress.com and Leisa Herren at life4inga.blogspot.com.