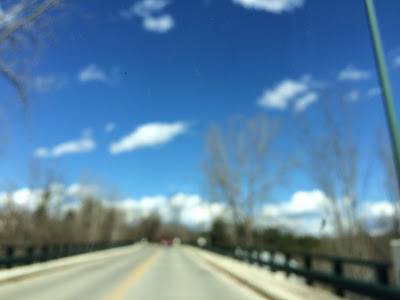 Well how else do you suggest dealing with chaos?

I barely even remember the last week. What did I write about? Oh yeah, “Gems”. Nothing particularly earthshattering happened. I’ve just been loaded with work and chaos. Not without progress, though.

Sunday evening I was in the home stretch of getting the bulk of my tax paperwork together when – plot twist! – my printer died. My just barely one year old printer. I looked through the online help and  … you’ll laugh …

It suggested turning the printer off and back on.

Well yeah, but that’s all you’ve got?

It didn’t fix the problem, by the way.

I had too much going on to spend much time troubleshooting until Monday afternoon. I followed a link to fill in some info to “see if HP can help repair or replace your printer”. Okay, well that would be nice if I can take it somewhere local or you can express ship one. But how long am I going to be without a printer?

The helpful HP web site informed me the warranty on my printer expired exactly sixteen days prior to the time of death. Complimentary phone support ended at the same time. But if you want to get our support people on the phone, you can pay $25 per incident, which is refundable against repair / replacement if you choose HP to provide your service! Woohoo! Yeehaw! Wow. So by the time I pay $25, assume they can do something to help me, probably pay to ship the thing, thereby risking further damage, and pay however much additional they want, and lose days and days of productivity in having to run over to my parents’ house to use their printer or just do without hard copies of helpful items … I might as well just buy a new printer.

For those of you who immediately thought about calling HP to raise Cain and force them to replace a printer that died sixteen days after the warranty expired … of course this occurred to me. But first it would cost me $25, a large spike in blood pressure, and time on the phone I don’t really have to spare. (For some reason REM’s “Losing my Religion” comes to mind. Bless the hearts of everyone at HP phone support.) I thought about tweeting them and might still do that. I should probably share a link to this blog with them.

Chaos ensues. Chaos may suck, but you assess the info you have, make a business decision, and act accordingly. Such is life.

Or woman as the case may be.

So Tuesday rolled around.

I had several phone interviews scheduled. I’m in hiring mode and being able to print out the interview form I created on demand would be blessedly helpful. But I made do and rewrote the questions by hand (abbreviated anyway) on a blank sheet of paper every time. I dashed to the ATM and drove to my polling place for the primary election, where I conducted another interview from the car before walking in. Click, click, click, click, print. Hey! The board of elections printers work! I wonder who makes them.

I proceeded onward to Costco – which is not particularly conveniently located near my house but has the best prices on things like printers. After fending off the DirectTV dude (he was pleasant, more power to ya buddy) I made my selection, handed over my recently withdrawn cash, and hit the road.

At home I split my time between printer setup, dinner prep, prep for the one interview that needed to be in the evening, and a wee bit of election commentary on the television. I didn’t quite get it together for Pi Day, but Tuesday being between Pi and St. Patrick’s Days I threw together chicken and leek pie. It sounds weird, but it’s a fine and tasty Irish dish I hadn’t made in a while. I only had one sheet of puff pastry, though, so I improvised with crescent roll dough. (I’d do pie crust from scratch if only I had more time available.) It turned into an interesting scientific experiment somewhat reminiscent of the flag of Ireland. 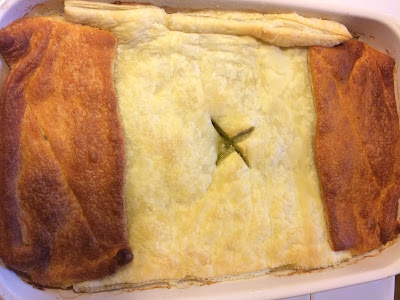 Yes, it was delicious.

Today I’ve returned to splitting my time between work-work and tax prep. I’ve been playing financial forensic scientist with old, dusty, and probably moldy papers trying to track down the cost basis for some assets that were sold last year. This is what happens when you start early. J Which I encourage. I have the best financial advisor on the planet, but once in a while there are papers I have to put my hands upon personally.

My sinuses and lungs don’t care for old, dusty, and probably moldy papers, in case you were wondering.

But I’ve cleared out and shredded two paper grocery bags’ worth of old documents I no longer need.  Shredded chaos is a beautiful thing.

And the political robocalls have stopped, at least until fall. Praise Jesus. 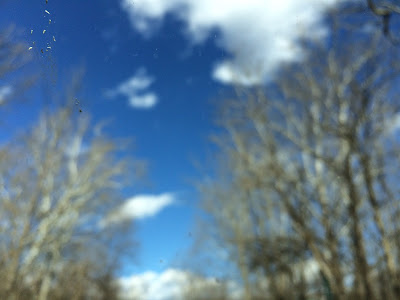 For more chaos and such from my writing partners, see Sue Bowles at bebold7.wordpress.com and Leisa Herren at life4inga.blogspot.com.