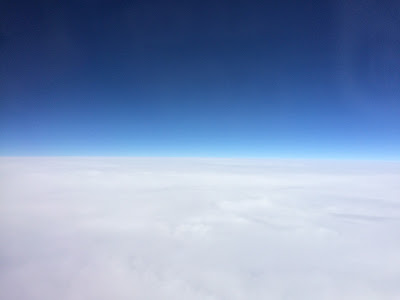 Well, I do declare.

The theme of the week was messaged to me Sunday while I was in the air somewhere between Wichita and Dallas. My phone buzzed while we taxied, an hour late and in serious jeopardy of missing my next flight. “Let me think about it. I’m getting ready to run for my connection.”

I made my connection. Barely. Sweaty. With no overhead space left, so that my meager carry-ons had to go under the seat. I couldn’t move my legs much the entire flight, so I had leg cramps the next day. Dinner consisted of a couple Vi snacks I grabbed out of my bag when I realized I hadn’t eaten in hours.

While in the air I thought of this song I’ve been listening to since I dug my Collective Soul CD out for a road trip last summer.

Precious declaration says
I believe all hope is dead no longer

Hope is always good. Living hope especially. And I have that.

Curiously, or maybe not so curiously, the enemy is suddenly, or maybe not so suddenly, attacking this week. He came after me. He pursued me. Get thee behind me. If someone wants to know what I am thinking or feeling they should probably ask me directly instead of gossiping about it while parsing every word I say or write. I’m generally an open book. There’s my precious declaration.

My apologies for the moment of negativity. I’m highly opposed to vaguebooking and I suppose vagueblogging. I’m still processing this week’s pursuit. And I have ministry and stuff to go do. Geez. Fortuitously, however, there is beaucoup de brush throughout my yard leftover from the removal and stump grinding of eight dead trees over the last week. It’s just waiting for someone to gather and set fire to it.

I usually find s’mores sickeningly sweet and am done after one, so y’all might need to come over for a party to help me eat them.

Also curiously, the YouVersion verse of the day is:

Not sure there are really any evildoers or light-haters in my immediate vicinity today other than Satan himself – those terms seem harsh. I just took it as a reminder to keep seeking truth and light.

The heavens DECLARE the glory of God;
the skies proclaim the work of his hands.
Day after day they pour forth speech;
night after night they reveal knowledge.
They have no speech, they use no words;
no sound is heard from them.
Yet their voice goes out into all the earth,
their words to the ends of the world.
~ Psalm 19: 1-4a

I was thinking of that passage while in the air the other day. It’s official. They DECLARE it. The Declaration of Gloriousness. Gloriosity. Glory.

I did a search on “declare”, and my unofficial assessment says it’s usually “The Lord” doing the declaring in the OT and “Jesus” or “Peter” in the NT. Interesting.

Well. This post didn’t go like I thought it would. I didn’t particularly have a plan, but yeah. Hmmm. Perhaps my overwhelmedness from last week has carried over. Perhaps my brain is still scrambled from the weekend. My sinuses still are a bit.

But anyway. Now that I’ve digressed in a large way …

What did you do last weekend???

I flew to Wichita, Kansas for a movie premiere.

I know, I know. If you could be anywhere in the world for a movie premiere in January, it would be Kansas, right? I’ll skip the reasons for that choice, just trust there are good reasons.

Working on a movie is so out of the realm of anything I’ve done before, but we all know I am a princess and a diva and have never met a stage I didn’t like. (Should I wear a tiara when I set fire to the brush pile?) To answer the burning (ha!) questions in people’s minds … yes, I’m still in it. Don’t blink, or you’ll miss me as an extra in one scene. Yes, my name is in the credits. Yes, it’s good. I still don’t have much coherent to say about the big scene near the end. Hrrrrmmmppppffff. Wow. Wow. Wow. Yes. You need to go see this.

Just before show time I was taking a shift in the box office, in the outer lobby, so I had not a clue of any preshow entertainment. I guess there was a guy on stage singing. Lol. Yesterday I was able to download his song – which did stick out to me in the movie. Yay. “Ode to a Ragamuffin” by Jason Ropp. Go find it. Go find him on the Twitter.

Two years ago on MLK day I saw “Ragamuffin” for the first time. I had randomly through social media become aware of a movie about Rich Mullins making a tour of churches nationwide. I thought I was just going to see a movie. Ha. Since then I’ve read some Brennan Manning. (For those who consider him a controversial figure … for the record, I always recommend getting your theology from scripture and scripture only. Brennan still has good things to say.) I’ve promoted screenings and concerts. I’ve been on various ragadventures. I worked as a production assistant. I spent time at two retreats related directly or indirectly to “Ragamuffin”. Now I’m helping book and promote the “Brennan” tour.

I feel like sometimes I drone on about the same subjects. But these movies are more than just movies. They are a ministry. The wide-reaching effects of “Ragamuffin” were a surprise to the filmmakers even. The film had a profound impact on many people … those who felt lost and hopeless … those suffering and stuck from past wounds of all kinds … the unchurched and especially the dechurched. I’ve seen it myself. I've seen people come back to living life versus just existing. I continue to be amazed by it. Depending on the particular circumstances sometimes additional counseling and/or shepherding are called for, of course. But to see a film be the precipitating event in someone's recovery is pretty cool.

Both films focus on God’s love for us no matter what. Think about it. Sunday School peeps, you’ve heard it. You recite it. But do you really believe God loves you? Really? Do you feel it? Right now in this moment? Do you get it? I think it’s probably good for us to have that message pounded home on a regular basis.

If you haven’t seen “Ragamuffin” find it on Netflix or order a DVD online. Buy your ticket for “Brennan” at itickets.com/brennan … and if you don’t see a screening near you, contact me directly to work on that. 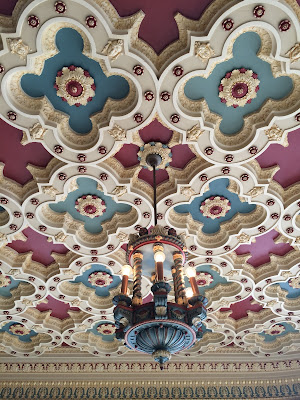 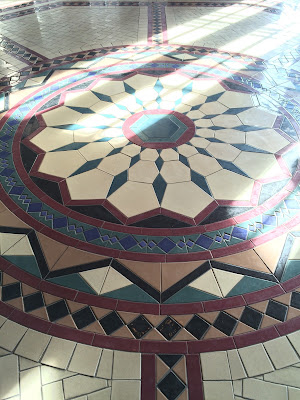 For more on “Declaration” from my writing partners, see Sue Bowles at bebold7.wordpress.com and Leisa Herren at life4inga.blogspot.com.