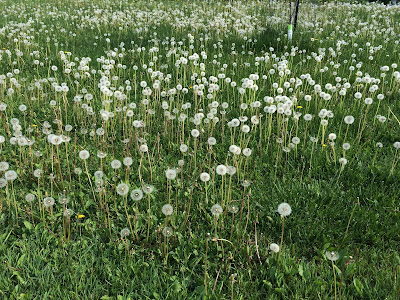 Or maybe like someone has clicked the mute button on you.

You speak. You communicate. Really you do. And yet it’s like you were never even there.

Years ago I was in a conversation with two male coworkers. I don’t remember what it was about. I do remember that I opened my mouth and spoke and contributed to the discussion. I was, however, never acknowledged in any way whatsoever. It was the weirdest thing ever. It was like I made no sound at all.

And we were in my office.

I started to wonder.

Maybe I had been gifted with a magical cloak of invisibility.

Recently I was hanging with one of my favorite two-year-olds when he started running his matchbox cars along the wall. Doesn’t matter whose wall – no one needs car tracks and scratched paint. Oh how many times kids treat grownups like they’re invisible. After being told at least a couple times to stop, I finally raised my voice just a little. “Hey, what did I say? Not. On. The. Wall.” That took care of my invisibility problem. I got the “I’m ashamed and I know I’m in trouble” look straight in the eyes. He may be only two, but he understands English. We carried on with sending cars and trucks across the floor.

Being in sales at the moment, it’s easy to feel invisible. And it’s almost never personal. It just comes with the people-are-busy territory. We leave messages and we send emails and … sometimes we never hear a thing. Never ever. I sometimes cheer for a “no” response because at least it’s a response! Some of the folks I mentor have experience with the sound of crickets after they’ve finished a slew of contacts. Some are just learning. Be polite and be persistent. And get comfortable with your cloak of invisibility.

There’s freedom in not being seen. You can do what you want without criticism. You can avoid the current culture’s the-sky-is-blue-no-it’s-not-stop-being-a-hater mentality. Celebrities don’t get that luxury. They have to watch what they say and do and where they say and do it. Gotta maintain the public image.

On the flip side, one can be emboldened by invisibility. Well, if nobody sees me I might as well do what I want … and that inevitably will attract attention … and then I’ll be seen and I’ll be doing what I want.

Given that I’ve been feeling like I’m blending into the scenery, this verse jumped out at me when I ran across it again a couple weeks ago:

The Message paraphrases it this way:

She answered God by name, praying to the God who spoke to her, “You’re the God who sees me!
“Yes! He saw me; and then I saw him!”

He saw me! He did! He really, really likes me!

And I saw him back.

I’ve been fighting the evil germs of springtime for a solid week now. I’ve been avoiding breathing on people and – although we do have antibacterial wipes around – shared microphones. I’m not back to 100%, but honestly meds have probably kept me out of the ER and off a nebulizer. This one’s a doozy.

With fighting off the crud, I’ve kind of wanted to be invisible. But I’ve had people in my house daily doing work that needs to be done, so yay for work being done and having help. And then sometimes God grants our wish in a most amusing way.

Don’t mind me. I’ll be over here continuing to breathe, getting back to making phone calls without wheezing, attracting attention, and looking up. 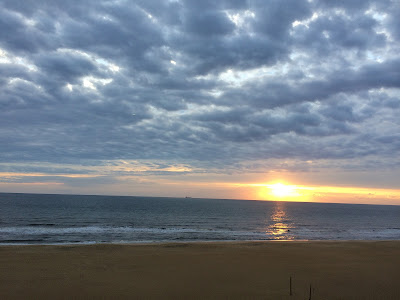 For more thoughts on “You Are the God Who Sees Me” from my writing partners, see Sue Bowles at bebold7.wordpress.com and Leisa Herren at life4inga.blogspot.com.