It’s Disney week here at the blog. Not really, but I did watch “Frozen” last night in search of inspiration.

Honestly I’m not feeling very magical or inspired at the moment. It’s not just the usual schtuff of life or trying to fight off a sinus thing like everyone seems to be doing. I got blindsided. That enemy is a sly one.

But you should let it go, Jenn.

And now what do I do. We’re coming up on the holiday season. The most magical time of the year, right? Bah humbug. There, I said it. The older I get the less interested I am in the obligations and the expectations and the extra work. I am weary. I’m not really a Scrooge. I love all the holidays. I love Christmas. I love Jesus. I love tradition. I just … I don’t know. I don’t know what I need. Sunday school answer alert … Jesus is all I need. Yeah, but.

But you should let it go, Jenn.

I might need a pedicure, the ocean, and copious amounts of hot tea. Those all sound delightful on this blustery November day. Not sure about the ocean here in Ohio. Maybe I can scrounge up some coconut scented lotion. And turn on my white noise app – “Ocean Waves Crashing” is my go to sound. 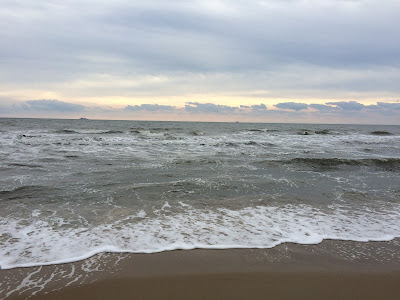 At least the temperature is mild, and I’m wearing shorts and flip flips. Okay, I needed a jacket, too. But it’s warm enough I could let go of shoes for the day.

I have quite a few friends who are actively trying to let it go. Hurts that are old, new, and in between. Control of things we really can’t control. Fear and anxiety. It’s easier said than done. We’re human. It’s a daily active choice, sometimes hourly, sometimes by the minute.

And then there are those who seem unaware that they should let it go. Oy vey, I might need a social media break for a couple days. Hat tip to my writer/pastor friend for the excessive posting of kittens and coffee. This is probably the only time you will ever find me in favor of excessive kitten memes on the friendbook. And that’s all I’m gonna say about that.

I ventured out today to run a couple errands and then sit for a spell at Panera to finish writing this post. With some chicken noodle soup and an iced tea. I might have sulked over the complete lack of my favorite sweetener (I asked), but I think I’m on the line between sulkiness and snarkiness so I shut up and drank my tea straight up. The place was semi-peaceful. Peaceful enough. I had the earbuds in and was about to launch into another point when it happened.

The Invasion of the Shrieky Lady.

She had one of those piercing voices that cut right through the music in my ears. Her speech was mildly profane, a nice little accent on the annoyingness of the situation. Clearly she thought she was special. And of all the tables, in all the soup and sandwich joints, in all the towns, in all the world … she and her dining companion walked up and sat next to mine. In an uncrowded restaurant. In a row of about six tables occupied by only me up to that point. It was so close I felt like they were practically sitting on top of me. She definitely needed to let go of some things. And now I am letting her go.

P.S. Watch out, Belize. Her husband just booked a weeklong vacay at Christmastime. You have been warned.

As I was going to say before all that … I consider myself a recovering perfectionist. I’m far from perfect at the recovering part, but life and maybe years of being a project manager have taught me to pick the important things, the essential things, and let the rest fall into place. There is perfection in imperfection.

Much like a recovering alcoholic is often the most qualified to recognize another alcoholic, I know my people. Maybe I should develop a 12-step recovery program. I think it would be in high demand. Admitting you have a problem is the first step. J

I’m gonna pop the earbuds back in and let it all go now.

The more you take, the less you have
‘Cause it’s you in the mirror that's starin’ back
Quick to let go, slow to react
Be more heart and less attack

Ever growing, steadfast
And if need be, the one that's in the gap
Be the never turning back
Twice the heart any man could have

This week's theme came from an online convo amongst a number of retreat friends. Oh how we all need to let it go. Please accept my apologies for not including an interpretive dance element as suggested. For Sue Bowles’ version of "Let it Go" see bebold7.wordpress.com. Leisa Herren offers her perspective at life4inga.blogspot.com.